I cannot believe tomorrow is March 1st! March is Shanna Simpson Photography’s Birthday month! 4 years! FOUR YEARS!!! I officially opened business and LLC’d 4 years ago. I’m not really sure if right now I can can’t believe it has ALREADY been 4 years, or that it has ONLY been four years!
I started my little business working out of my home, doing everything that I could on location and out doors. I quickly realized that I could not always find my perfect lighting or that there was usually something in my way. Many photographers do all of their work on location, and with natural light, I found out, I am not one of those people. Not long after I started, I convinced my husband that I needed somewhere to shoot. We decided that we would make a small (VERY SMALL) studio at home. We bought a 10×16 shed, finished it out with drywall, electricity, heat and air, and that was my shooting space. It wasn’t ideal, but it worked for a while. I had a goal set that I wanted to move into a “REAL” studio by the time I was in business for 5 years.

In April of 2011, I was approached by a local business owner that had this cute little office building in the South End of town. I went to see it and knew immediately that it was the next home for Shanna Simpson Photography. It was perfect for what I needed at the time, a nice shooting room, a kitchenette, bathroom, office, etc etc. I moved in and that is where we would call home for a while.

I’ve had the notion that I wanted to be in a different area of town for a while and that when I decided to move the studio again, it would be an upgrade. It would have window space and be visible to the public, both of which neither of the old studios had. I’ve called  some places, went to look at a few, and then made one last call. I called on a property that was no longer available, but was told my the agent that he had something he thought I would like. He told me about the property at 2004 Highland Ave in Louisville KY. We met the next day and I was IN LOVE. I called him the next day, and went back to look at it, and then saw it again 2 times after that. I measured, I walked, I paced, I talked to myself,  I’m sure this guy thought I was nuts.

All this happened last week. It was super fast, and as much as it scares me, I know this is going to be such a great move for me! I am so excited and can’t wait to post more images for you to see. There is a lot of work to be done, but it is going to be AWESOME when it is all finished. 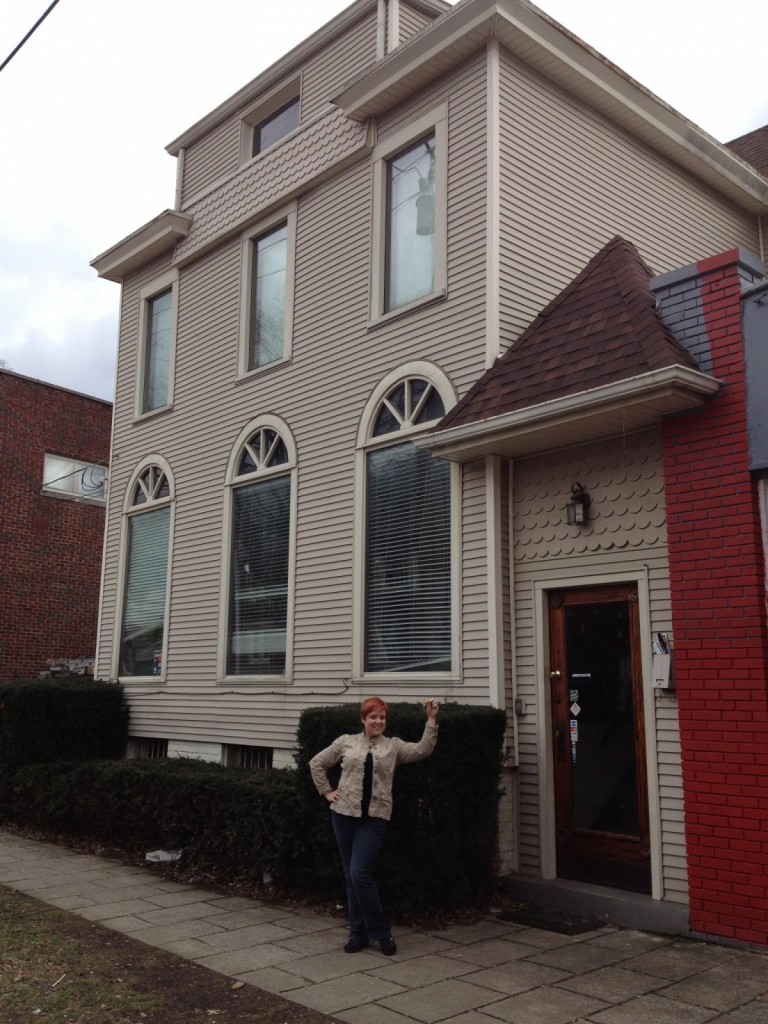